The laws relating to gambling, and, particularly, onine gambling in India are not well defined. Most forms of gambling in the country are effectively illegal, as the gambling law of 1867 prohibits working or visiting gambling houses and threatens with small fines or jail time.

So far, there is no clear gambling legislation in the country. You can legally play in India only in three jurisdictions: Sikkim, Goa and Damane. There are seven land-based casinos in Goa, which mainly house slot machines. Table games are available at five cruise casinos along the banks of the Mandovi River and at a land-based casino in Sikkim.

And more recently, in August 2016, the most expensive casino in the world, Wynn Palace, opened in Macau, the construction costs of which were a record in the history of the construction of gambling establishments and amounted to $ 4.2 billion.

Five Indian states have lotteries, although many others also ban them. Sports betting is limited to horse racing, which was recognized as a game of skill by the Supreme Court in 1996. 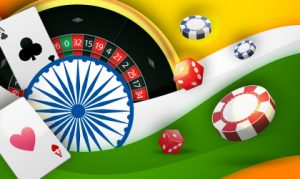 Since the government does not issue licenses for online gambling sites in India, there are also no laws in the country specifically aimed at online gambling. Since land based gambling is banned in most of India, many believe that this also applies to online gambling. But the country does not have a tough policy in this area that would prevent Indian gamblers from playing online, and therefore they do it all the time.

Sikkim is currently the only province in India with a regulated online gambling market, and in the summer of 2015, the first online sports betting site in India opened there. Sikkim is also leading with its Sikkim Super Lotto. Founded in 2002, the lottery is still the only locally licensed gambling site in the country.

Despite the theoretical possibility of licensing a wide variety of gambling and sports betting activities under the Sikkim Online Gambling Law (2008) and the Sikkim Online Gaming Rules (2009), none of the operators have yet been issued full licenses. Therefore, Indian players wishing to enjoy the game of poker and bingo, sports betting or online casinos are forced to use foreign online gambling sites and their mobile versions.

At the same time, Indian gamblers are very creative in opening deposits in view of the fact that direct financial transactions between residents of India and foreign gambling sites are prohibited by the country’s online gambling law. In May 2011, India passed the Federal Information Technology Act, which includes specific provisions to restrict online gambling and makes ISPs responsible for blocking offshore online sports betting sites.

Land based casinos in India

In a country of 1.252 billion people, India has only a few casinos. The reason for this is the fact that gambling in India is legal only in some states. In general, gambling is an activity prohibited in India, with the exception of lottery and horse racing.

In the 21st century, many in India began to bet in cash, despite the ban on betting and gambling in the country. Gambling has been criticized for leading to crime, corruption and money laundering, while those interested in legalizing gambling argue that it could be a good source of income for the country. Only three Indian states have casinos allowed: Goa, Daman and Sikkim.

After the legalization of slot machines in five-star hotels in 1992, several casinos began operating in Goa. Today the island has 10 casinos, 6 of which are land-based and the rest are floating, operating on the Mandavi River: Casino Deltin Royale, Casino Deltin Jaqk, Casino Pride and Casino Pride 2. There are 2 casinos in Sikkim – Casino Sikkim and Casino Mahjong … Deltin also opened the first land-based casino in Daman.

The state of Sikkim established online casino licensing rules back in 2008 and 2009, which allowed Indian companies meeting certain financial and technical needs to provide online roulette, blackjack, poker, baccarat and many more games. So far, 4 temporary licenses have been issued, which have not led to the creation of any online casinos. As a consequence, players wishing to play on online casino sites in India simply use overseas websites. Many of these major online casinos accept players from India.

Meanwhile, players from India can access foreign online casinos, may of those accept deposits and bets in Indian Rupees.

This is the situation in Indian online gambling for today.

[an error occurred while processing the directive]